In our efforts to make Ancient Iran Day 2018 an interactive experience, we built an Activities Room where visitors of all ages, but especially kids, could enjoy learning about Ancient Iran through interactive exercises. These exercises were designed to bring out the creative, artistic side of our visitors, and to open new avenues to fully appreciate the way Ancient Iranians lived. Five of our activities and their related materials are outlined below. Please feel free to download these files and replicate the activities! High definition versions are available at the link at the bottom of the page. 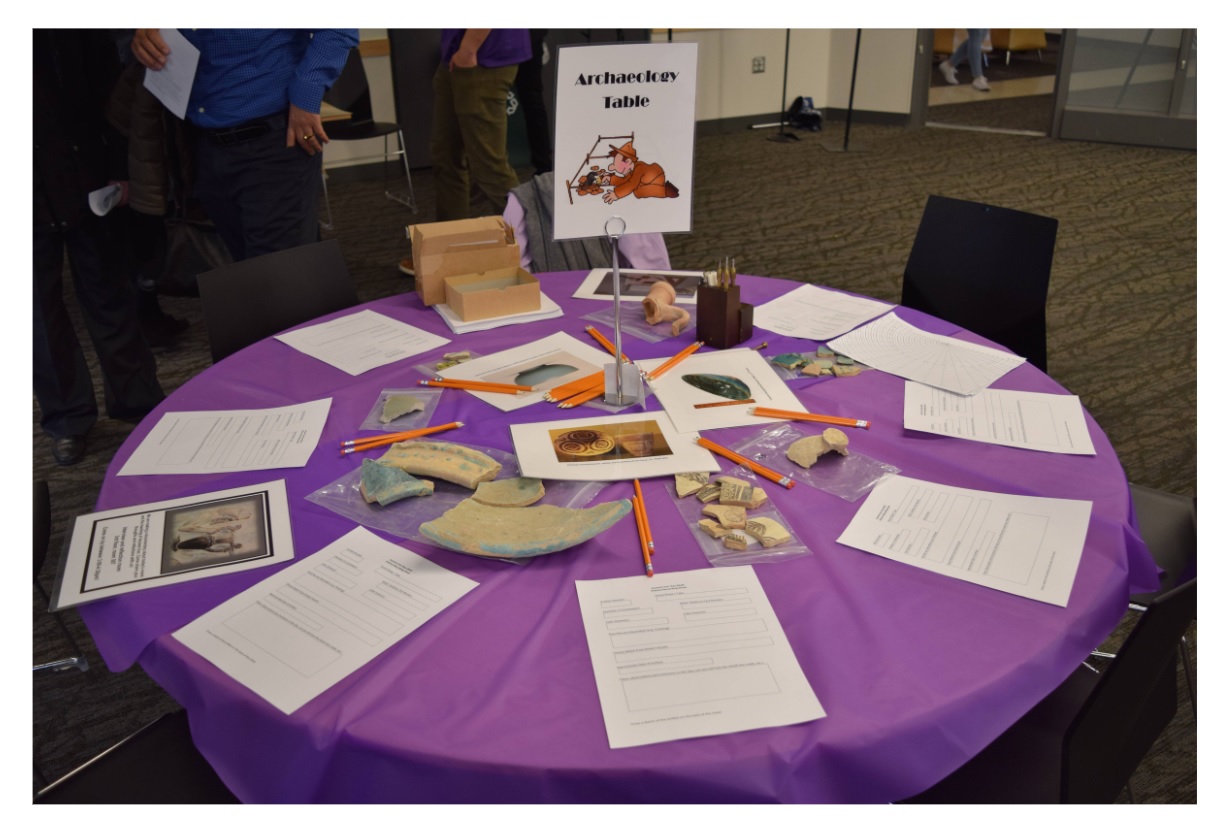 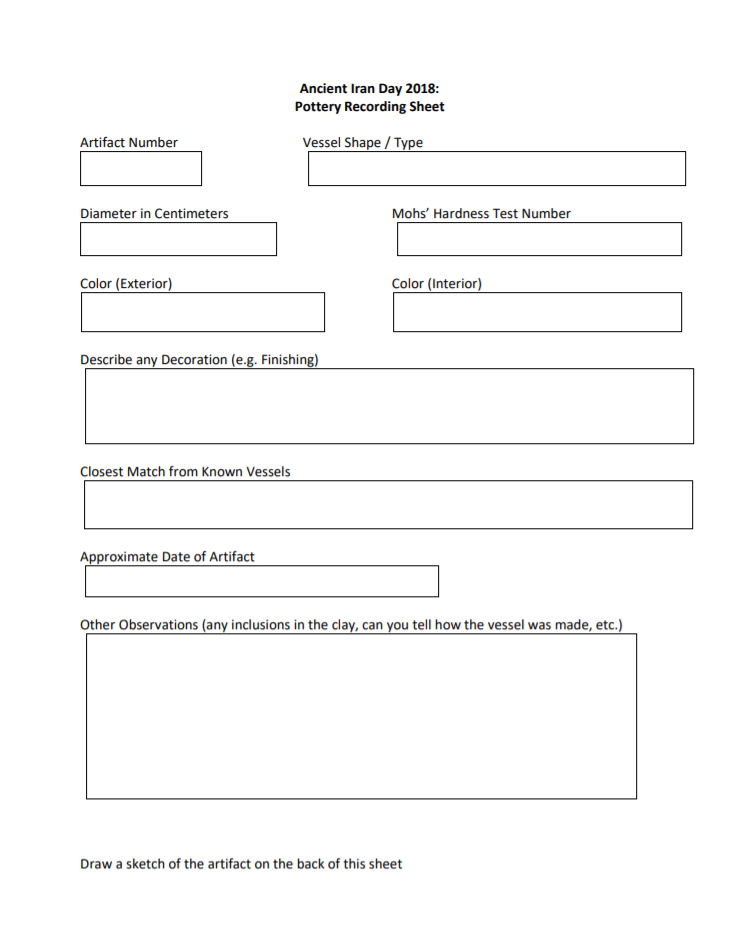 Archaeology is one of the most important ways we can learn about Ancient Iran. Countless artifacts, most of them items from the daily lives of ancient peoples, lie just below the surface. Many of those artifacts are pieces of pottery, pieces of fired clay shaped into storage vessels, plates, bowls, cooking pots, and more. They were incredibly important in ancient lifestyles, and Ancient Iran is no exception. Thus, a crucial part of an archaeologist's job is to measure, describe, and categorize them. Try it out with this documentation sheet!

Materials you'll need: Besides the above form and some pens and pencils, you'll want to have a measuring tape and something to measure. We had real pottery at the event, but you can do this at home with your cups, plates, and bowls at home - and no, you don't need to break anything to study it! 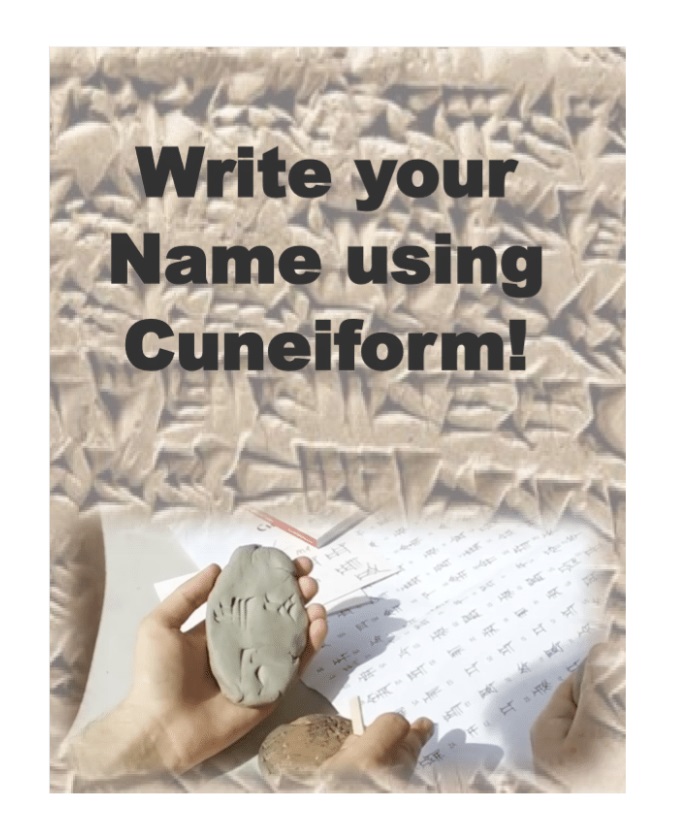 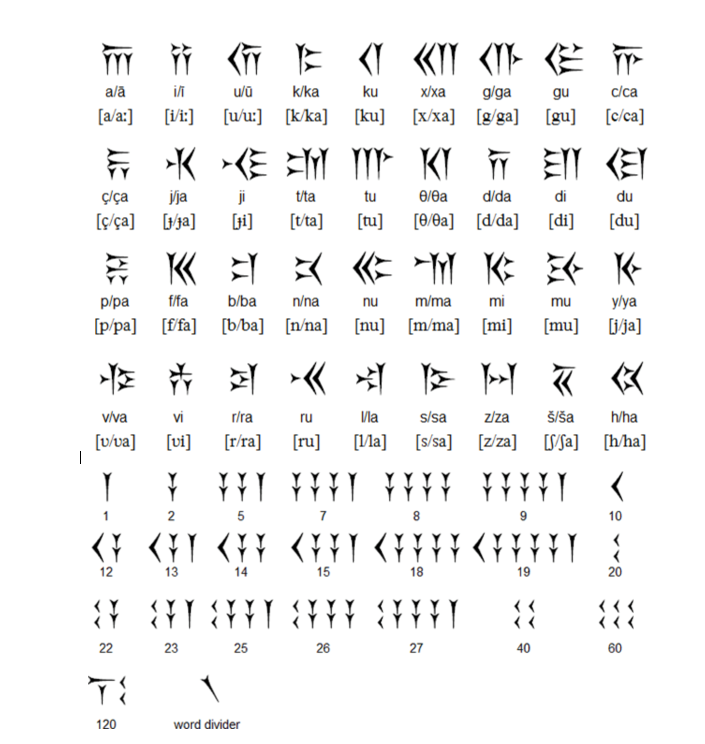 The ancient peoples of Iran used a dizzying amount of unique spoken and written languages throughout their long history. One of their written scripts was cuneiform, a variation of a style developed in nearby Lower Mesopotamia used in Iran to write the Old Persian language. Ancient scribes wrote using a special wedge-shaped tool and soft clay tablets, which were fired before being sent as messages or stored as records. Using this legend and your choice of writing utensil -- a wedge and clay are not mandatory! -- you can write in Old Persian too. Or, you can even try your hand at translating some authentic ancient texts.

Materials you'll need: Paper and pens will do just fine, but if you want to be authentic, though, pick up some clay and a wedge from a local art store!

Sasanian women lived in a patriarchal society in which gender roles were prescribed by the powerful priestly class. Nonetheless, they expressed themselves through many intricate, beautiful hairstyles (among many other things!). The hairdos depicted below were observed throughout four centuries of Sasanian art depicting women. If you have some hair on hand, study these images and see if you can replicate the look of female Sasanian royalty!

Materials you'll need: Hair -- either yours or someone else's. 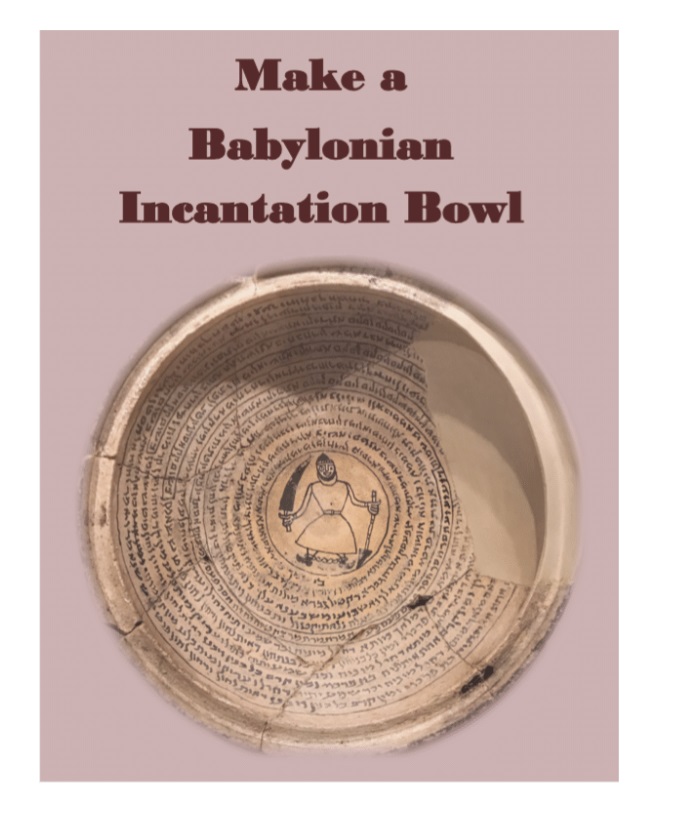 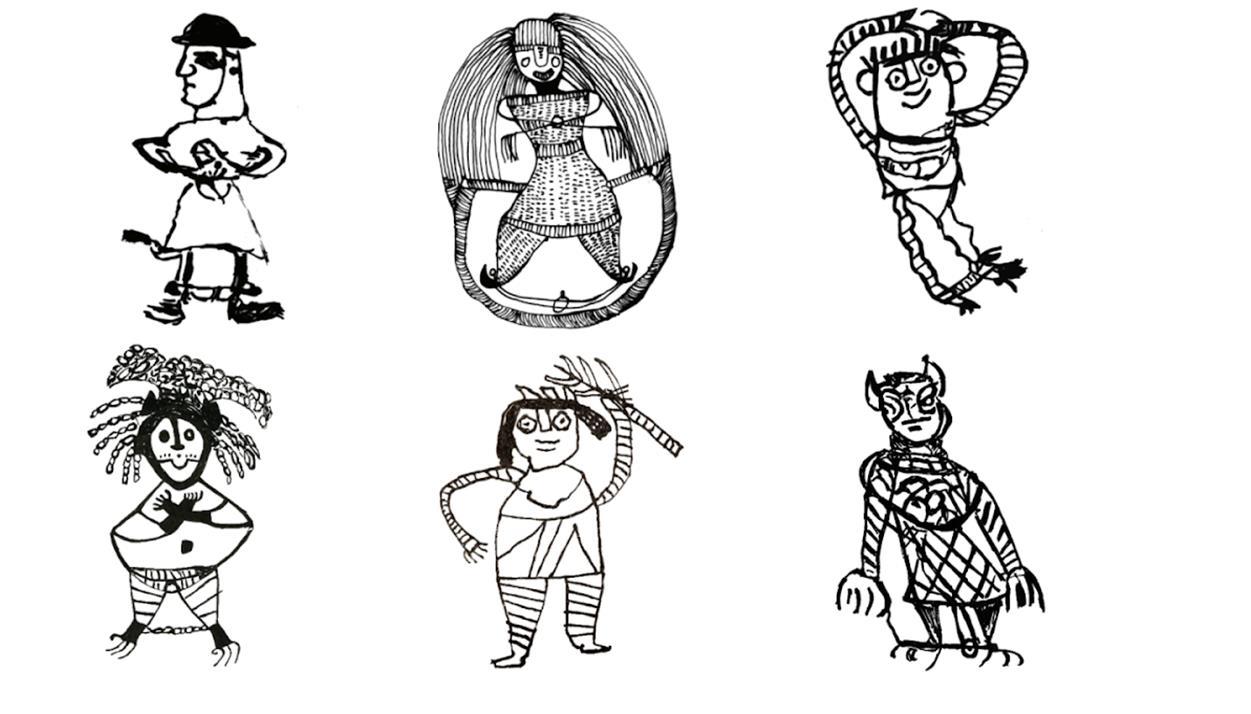 In the latter centuries of Sasanian rule, people began creating so-called incantation bowls, symbolic objects decorated with prayers and images of demons that were buried underneath the foundations of new homes, public spaces, or burials. The bowls were meant to ward off or capture the demons that tried to invade the lives and belongings of the living. Though they were originally popularized by Jewish communities (and most are written in Jewish Aramaic), incantation bowls came to be produced and consumed by many citizens of the Sasanian Empire, regardless of their faith. Archaeologists say about 10% were written in gibberish -- probably by scammers for illiterate buyers -- so feel free to scribble away and imitate this Ancient Iranian magical practice!

Materials you'll need: Some paper bowls, pens, and your imagination! 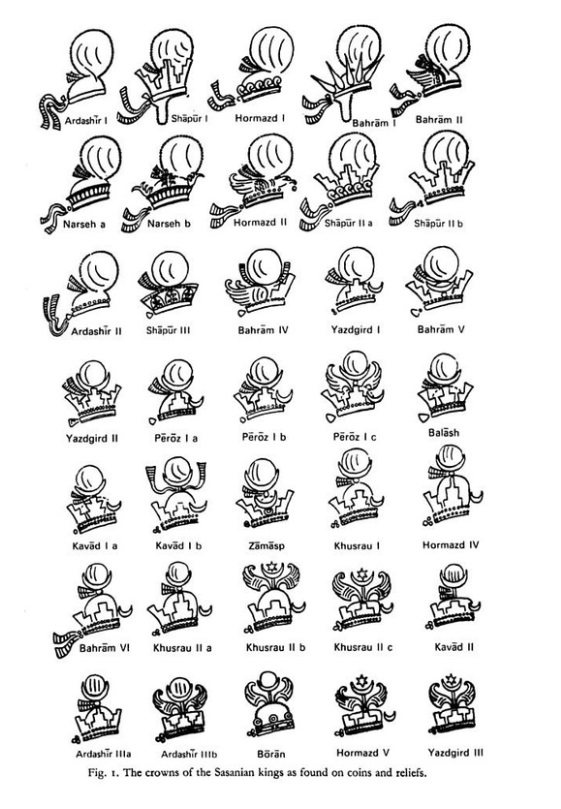 The rulers of the Sasanian Empire wore famously elaborate crowns. They typically consisted of a few standard elements: a  skull cap-like helmet, a cloth diadem tied around the outside, a golden globe situated on top of the helmet, and astrological and religious symbols. Each monarch, upon taking the throne, would adopt a unique crown presumably of his or her own design. Their crown became part of their identity; stylistic choices signified their piety, wealth, and priorities. For example, the faithful Bahram I (r. 273 - 276 CE) added sun rays -- symbols of the god Mithra -- to his crown, and the ambitious Shapur II (r. 309 - 379 CE) designed his crown to resemble that of Shapur I (r. 240- 270 CE), one of the most celebrated Sasanian rulers. These crowns became so fancy that they were too heavy to wear, so they would be hung from the ceiling by a chain above the king's head wherever he went! This chart displays every Sasanian crown. Can you design your own?

To download the source files for all the images displayed on this page, click the link below: