The Story of Ancient Iran Day

In December 2017, the Stave family in Seattle contacted the University of Washington about a collection of Iranian pottery that they had in their family home.  Although not all of the pottery could be thoroughly identified, it sparked a conversation about using the collection as a teaching tool that would let students and visitors pick up and touch part of the ancient world.

By coincidence, at roughly the same time, MIT launched a digital gallery of Islamic art and architecture photographed by University of Washington professor Daniel Waugh during a 2010-2011 trip across the Middle East and especially Iran.  Because it was focused on the Islamic heritage, the gallery hosted only part of his travels; hundreds more pictures remained, capturing stunning artifacts, landscapes, and ruins from the distant past.

Naturally, for professors and students from the history and Near East departments, these two tools were a dangerous combination.  It didn't take long before we realized that we had a way to introduce people to ancient Iran with a whole new out-of-the-classroom approach, using objects that they could touch and photos that brought to life the vast heritage that Iranian culture left behind.  The next step was to find an excuse to use them, and thanks to the generous sponsorship of the UW Near Eastern Languages and Civilization Department, we were soon able to do just that. 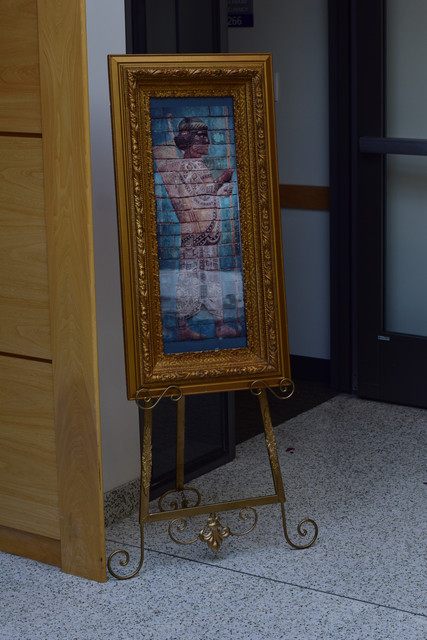 We decided that the best format would be a one-day event that we would open to the public.  The centerpiece of the event would be a series of table exhibits, each featuring books, images, and handmade objects that visitors could pick up and touch, together with a slideshow of the photos that Daniel Waugh had taken. 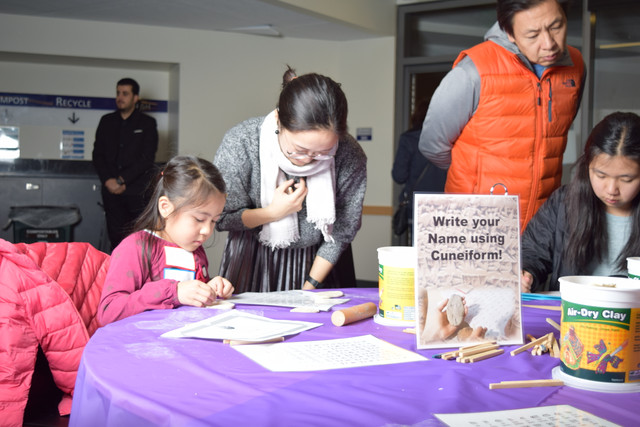 For younger visitors, we also created a hands-on activity room with the chance to make and take home souvenirs: their names in cuneiform, ritual bowls, tracings of animal bones. 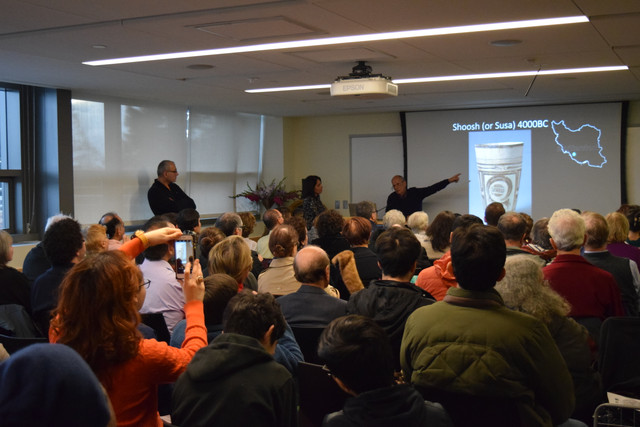 Finally, for visitors who wanted to explore more deeply, a series of speakers gave short lectures about ancient Iranian society. 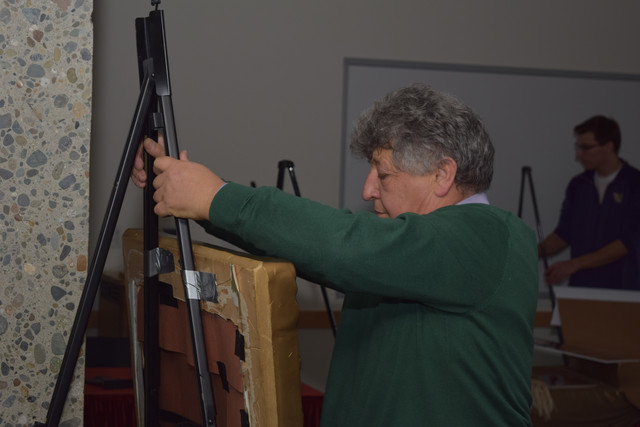 We divided up the project into thirteen categories, each representing a key part of ancient Iranian society.  You can find new virtual displays of each of these categories on our Exhibits page.

A core team of ten people met weekly for about two months to plan out the layouts of each table, edit the texts for a popular audience, contact local societies and volunteers, and spread the news of the event. 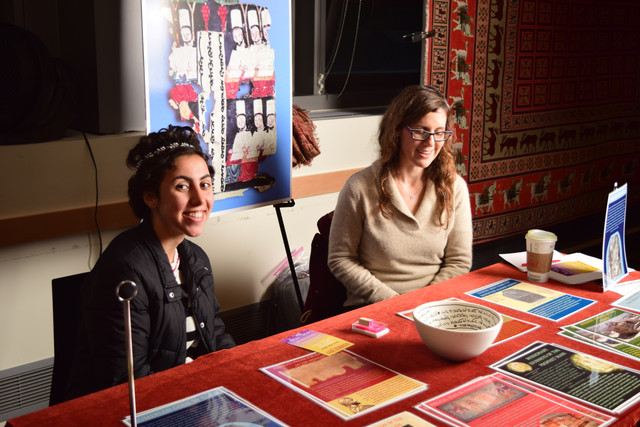 Each table was staffed by several cheerful volunteers and equipped with a series of "table texts" - snippets of sources from the ancient world about Iranian history and culture - to draw people in and engage their interest.  Over forty people volunteered in total, mainly undergraduate students and enthusiasts from Seattle's large Iranian community. 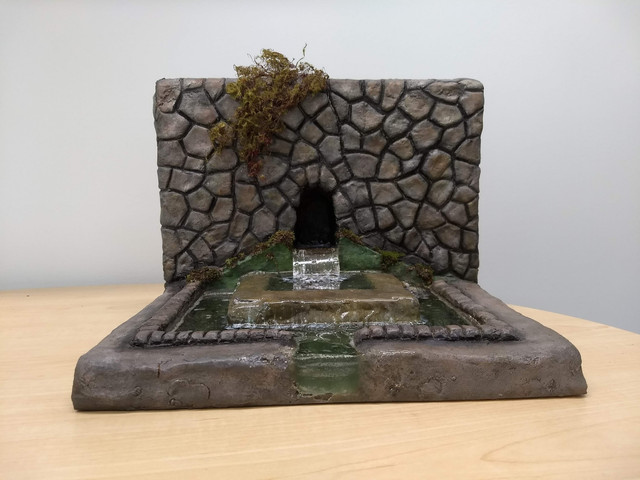 Having objects to pick up and handle was a key part of the event, and while we only had two sets of objects from ancient Iran itself (coins on loan from Professor Scott McDonough and the pottery fragments donated by the Staves), we had ample help creating replicas of Iranian tools, vessels, and even engineering.  Above is a model of a qanat, a kind of underground irrigation system pioneered in ancient Iran which later became widespread in the Islamic world.

To get younger visitors involved, we also made the exhibits into a scavenger hunt. As they entered, each visitor got a sheet with a list of the tables, and as they came to each one, our volunteers would stamp their pages. You can find the sheet that we made, along with the other games and activities that we created, under our Activities and Posters page. 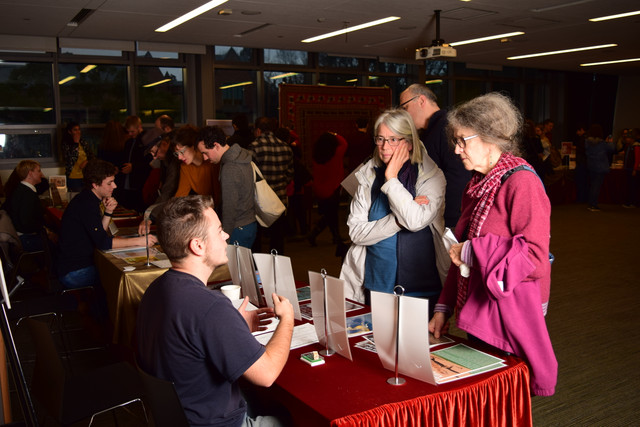 The day was a resounding success with approximately 500 people in attendance. 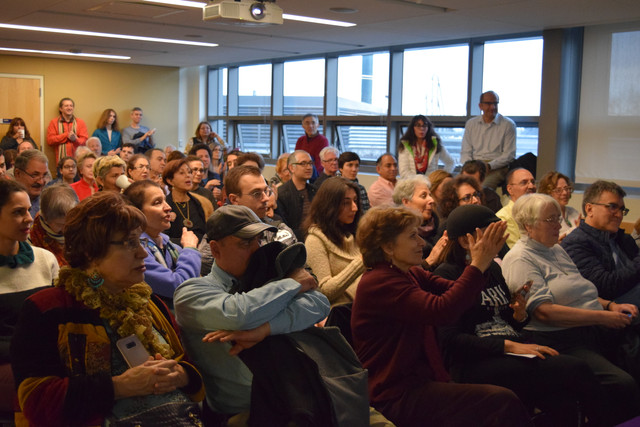